How To Increase Mileage From Your Motorcycle

9 Tips to Maintain Your Motorcycle During Monsoon

Engines are the heart of any car and just like a human heart, a car’s engine needs power for itself. Nowadays whenever we go to buy a car we see both turbo and non-turbo options. There are tons of engine options available in the market for people who love to customize their vehicles. Today we’ll take a look at two of them- Turbocharger and Internal Combustion. Would you like to know which would be a better engine for your car? Well, that’s what this blog is about.

What is a Turbocharged engine?

A turbocharger, known as a turbo, is a turbine-driven, forced induction device that increases an internal combustion engine’s power output by forcing extra compressed air into the combustion chamber. A turbocharger is a device fitted to a vehicle’s engine that is designed to improve overall efficiency and increase performance. Just like the Shell Helix Ultra. It helps to extend engine life with its higher level of cleansing & protection. This is the reason why many auto manufacturers are choosing to turbocharge their vehicles.

How Turbocharged do engines work?

A turbo is made up of two halves joined together by a shaft. On one side, hot exhaust gasses spin the turbine that is connected to another turbine which sucks air in and compresses it into the engine. This compression is what gives the engine extra power and efficiency because as more air can go in the combustion chamber, more fuel can be added for more power.

The term “turbo” immediately brings to mind the image of speed and sports cars. The belief is that a turbocharger is only effective if you want to go fast. But there are a few more benefits of the turbo engine. An engine with a turbo will use less fuel as the size of the actual engine is even smaller. For example, if both engines produce 200 horsepower, a regular engine would require six cylinders while the turbocharged version may be able to do this with only four cylinders. A turbocharged engine can give up to 20% improved fuel economy. It also gives better performance at high altitude. At high altitudes regular engines produce much less power due to the higher air pressure. On the other hand, at high altitudes, turbocharged engine performance and power generation improve. This is because there is a greater pressure difference between the air pressure before the turbo and the depression at the exhaust. The turbocharger increases the density of air entering the engine to produce more power. Another huge benefit from a turbocharged engine are decreased emissions. A turbocharged engine is smaller than a regular engine, so it burns less fuel and produces less environmentally friendly carbon dioxide. Additionally, with a smaller engine size, the turbocharged engine makes less noise than the internal combustion engine.

What is an Internal Combustion Engine?

An internal combustion engine is a simple engine that doesn’t use anything special to power itself. It draws the air from outside at atmospheric pressure and pushes it onto the combustion chamber through an intake manifold. The air intake depends on the atmospheric pressure that regulates the intake of air. It does not artificially squeeze more air inside the cylinders which is why it requires a larger engine to produce more power.

Which Is the Best – Turbocharged Engine or Internal Combustion Engine?

Well, this is just a matter of choice. When you are buying a car there is no “one size fits all”.  Both engines have their own list of advantages and disadvantages. Overall it is a personal choice which depends largely on what you are looking for.

Myths and Reality of Changing a Car’s Engine Oil

Hybrid Cars – The Future Is In Driving Distance 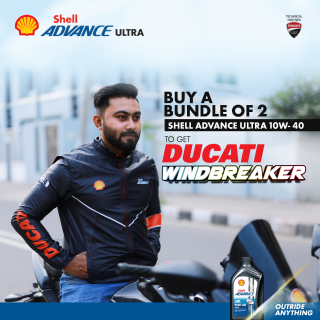